A special thanks from Tim Stanfield, President of Ready Made RC, LLC, as we celebrate the 10 year anniversary of the store!

On January 4, 2019, we officially reached the 10th anniversary of the first sale on the RMRC web store. When I first started selling products, I had no idea that the FPV market would expand to be what it is today. What originally started as a small community of high-tech tinkerers turned into an amazing industry and large community of people. People who possibly would have never had any interest in flying or aviation have been brought into the world of fpv, drones, and model aircraft, and I couldn't be happier about it.

I've built this store up thanks to all of you, my loyal customers, suppliers/vendors, and my great employees. I can't thank you all enough. In a market where hype and ego sometimes get much of the attention, our loyal customers keep coming back to us and we really appreciate it.

I look forward to being your best source for all your FPV needs for the next 10 years and longer!

I occasionally get asked how the business started, so here’s a brief history of how RMRC came to be, and a little background on FPV itself.

I started flying model planes after my lovely wife purchased me a RTF plane from Hobbyzone in 2006. I’m an electrical engineer and I like tinkering with electronics, so after maybe one week of flying, I started thinking about how to relay live video from the plane. I hacked an old X10 wireless security camera apart and managed to get rudimentary live video fed to an old camcorder. Compared to today’s standards, the video was horrible, but it was still an amazing experience that got me addicted to seeing the world from above. I started doing some research online and found that there was an existing community of people fooling around with video downlinks on the rc-cam.com forum run by Thomas from DPCAV. At that time, the term “FPV” as a description of how we were flying didn’t even exist. The term “FPV” to describe flying through a video camera was actually decided in that forum, after many people lobbied for using the term “video piloting” instead.

Video Piloting was an interesting thing to tinker with, and the concept of flying hobby RC aircraft via camera had been around for years. The technology surged around 2006 when VRFlyer (Denis Graton) posted a video called Canadian Autumn on YouTube. In this video, which doesn’t seem to be anywhere online any more unfortunately, Denis flew his Easy Star remotely using video goggles and a head tracker attached to his RC radio to move a camera attached to servos, making it seem as if he were actually sitting in the cockpit of the plane. This video quickly became quite popular among the RC gadget geeks (like myself), and it kicked off a wave of discussion on the forum regarding the technology. Discussions also started up on the Aerial Photography section of the RCGroups forum. Soon after, a dedicated FPV/RPV section opened up on RCGroups and FPV flying started taking on a huge following of FPV pilots. Once multirotor controllers started to become more popular after a few years, the world of “drones” and drone racing added to the existing fixed wing craze, and here we are!

As I was enjoying tinkering and trying out new technologies, the hobby started getting pretty expensive. After pressure from my wife to spend a little less, I decided to sell some products to help offset the cost of the hobby. At the time, people were modifying the Multiplex Easy Star plane for FPV flying, and I decided to sell some upgraded and modified planes on the forums. As I started selling a few planes, some with FPV equipment installed, I thought that it would be cool if I could set up a website for people to order rather than trying to manage things through forum sales. I was selling pre-made planes...so I chose the name “readymaderc” for the domain and set up a simple site at the end of 2008. In January of 2009 I made my first sale through the site, a simple upgraded Easy Star.

As I started building FPV planes for people, flying, and experimenting with FPV myself, I saw that there was a need for a good camera pod setup that would allow an easy way to set up pan/tilt for the camera. This became my first product: the Easy Star pan and tilt. As people seemed more and more interested in getting FPV systems, I started adding new items to make my own assembly easier such as custom cable assemblies. I also started integrating more products that were being made by many of the other early adopters in the hobby. Soon, the amount of time I was spending building ready to fly FPV systems was becoming overwhelming, so I decided to start selling diy packages. Jump to 2011, and I was selling hundreds of products while still having my full time job...and I had to make a choice regarding continuing to grow Ready Made RC, or step back a bit. I decided to take the leap and made RMRC my full time job. 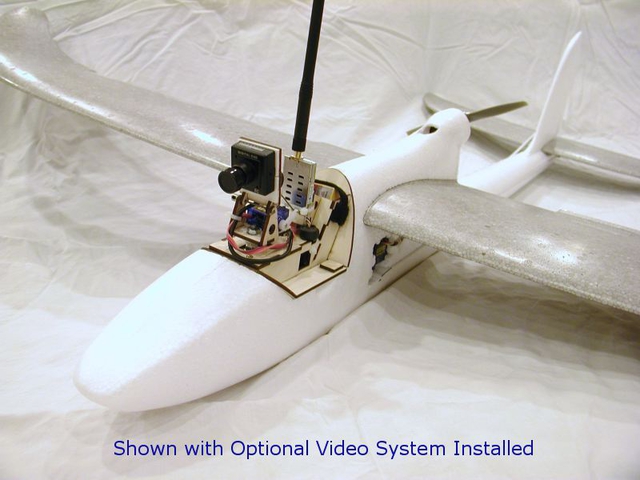 I worked out of my house for one summer but quickly ran out of space. I rented a small warehouse that fall, doubled the space a few months later, and added a third unit a few months after that. Another year later, and we had to move to a 12,000 sq ft warehouse space where we currently reside. The market has been changing drastically over the years, but we are still the leaders in FPV across the board, including both multirotors and fixed wing, and I hope you still think we’re the best place to get all your FPV gear!

And here's a super cheesy video posted back in 2007